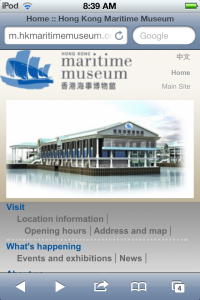 In a technology driven city like Hong Kong developing a mobile website is a natural extension of any website redevelopment project. In 2011, the Hong Kong Maritime Museum decided to upgrade its website to coincide with the museum’s planned expansion and move to a new gallery space at Central Pier 8 in Hong Kong’s Victoria Harbour. 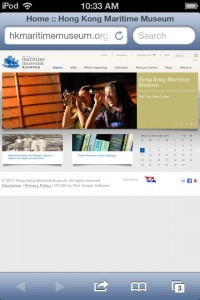 presence during the museum’s renovation, provide fully bilingual content, and change how visitors used the site.  Robert Trio, Project Officer for Technology, will talk about the goals, considerations and challenges of developing a mobile website alongside the website redesign. He will discuss the technologies the museum considered and steps for developing the mobile site. 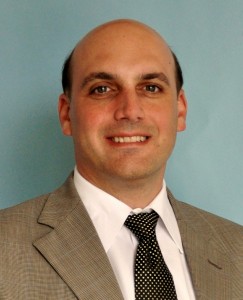 Robert Trio is the Project Officer for Technology at the Hong Kong Maritime Museum where he has helped the museum utilize digital strategies in exhibitions and business operations.  Since joining the museum February 2011, he led the redevelopment of the museum’s web site, created interactive content for the website, and helped develop interactive exhibits and displays for the museum’s expansion to a new location at Central Pier 8 in Hong Kong’s Victoria Harbour.

Prior to moving to Hong Kong, Robert Trio served for eight years as a Program Specialist at the U.S. Institute of Museum and Library Services where he worked with museums of all sizes and administered several competitive grant programs. Early in his museum career, he worked in the  education departments of both the United States Holocaust Memorial Museum and the Colonial Williamsburg Foundation. Robert earned a Masters Degree in Museum Studies from Johns Hopkins University.