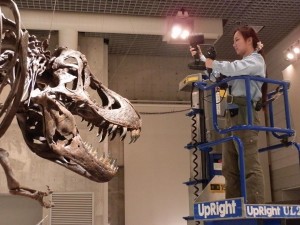 The National Museum of Nature & Science, Tokyo, Japan has recently been developing: (1) a virtual reality dinosaur program, and (2) a web-based dinosaur database available either on a handheld device and/or a kiosk terminal.  (1) For the virtual reality program, beta versions of Tyrannosaurus and Triceratops are being developed by Toppan Printing Co. Ltd. and the National Museum of Nature & Science, Japan. The program allows a museum visitor standing in front of large dinosaur skeleton to zoom in to a bone and to move 3D digital images of the skeleton within the screen.  The user can turn skeletons into fleshed dinosaurs. We plan to include more dinosaur species from different museums in the near future.  Connecting dinosaur exhibits from various museums, we hope to create more interaction between museums. (2) A museum visitor with a handheld device can view the dinosaur database by accessing more detailed information about the dinosaur in front of them than is immediately available on the wall panels. For example, visitors first read about a specimen at the museum.  If they are interested in Triceratops, they can then read more in-depth information about the dinosaurs on display at other museums by clicking on the link button.  If the museum does not have a dinosaur that users want to see, the database directs users to the museums where the dinosaur is on display.  The link is expected to create curiosity and excitement among museumgoers and encourage a reciprocal flow of visits between different museums.  Museum scientists and curators from different museums provide the content of this database as part of a joint information infrastructure. 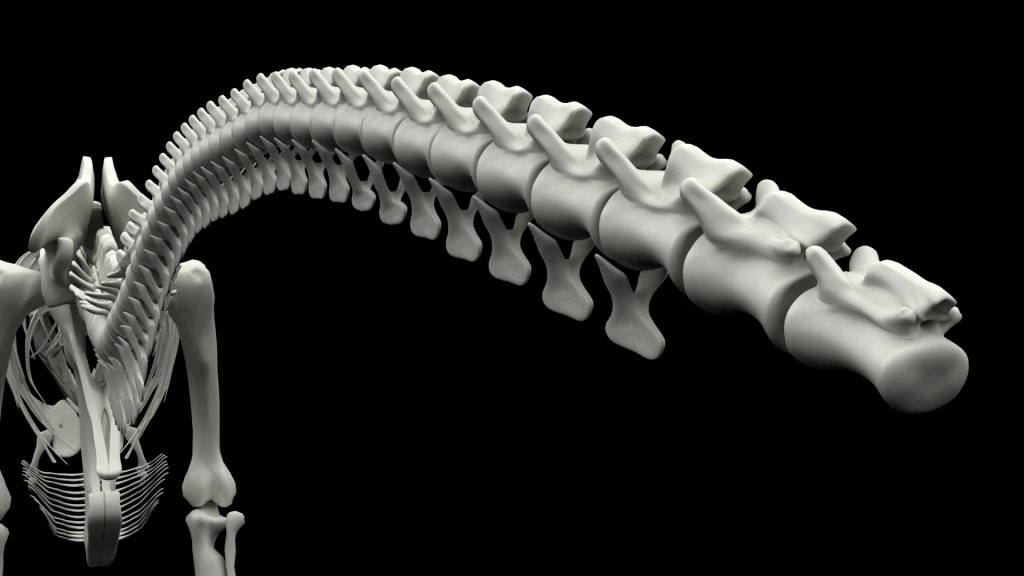 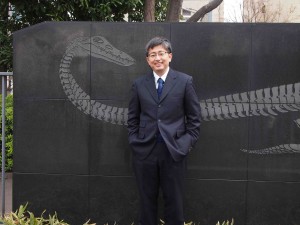 Makoto Manabe is Senior Scientist/Curator for Fossil Reptiles and Birds at the National Museum of Nature and Science, Tokyo. Makoto has worked on various audio guides for dinosaur exhibitions at a number of Japanese museums.  He is interested not only in traditional audio guide devices, but also in the potential of iPods, mobile phones, the PlayStation, and the NintendoDS, as both tour devices and  a means of creating other types of connections between users and the museum.  For further background see the collection of papers put together by Makoto and others on  “Digital Technology in Japanese Museums” for the Journal of Museum Education (Vol.32, No.1, 2007).