Tate produces a wide range of mobile content that aims to bring people closer to art.  In this case study, Jane Burton, Head of Content and Creative Director at Tate’s film and digital department, Tate Media, presents an overview of some of Tate’s most successful projects, from mobile videos that embrace popular culture as a way of connecting viewers with art in Tate’s collection,  to mobile apps that put play at the heart of the museum experience. 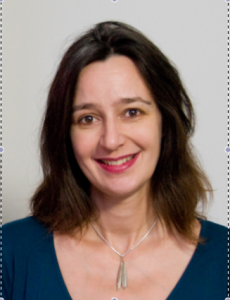 Jane is Head of Content and Creative Director, Tate, London. She leads the team responsible for Tate’s film productions,  including the weekly video series TateShots.  She also produces interactive digital  projects such as  the Bafta award-winning Tate Movie Project – a collaboration with Aardman Animations, the BBC, and thousands of children to create a unique crowd-sourced movie; and more recently projects such as  ‘The Gallery of Lost Art’ an online exhibition of missing art, and ‘Exquisite Forest’, an online art experiment  co-produced with Chris Milk, Aaron Koblin and Google.   In 2002, she launched the world’s first wireless multimedia tours at Tate Modern, winning a Bafta for technical innovation, and in 2008 developed the UK’s first gallery tour for iPhones.  She has also developed a range of apps for Tate, from gallery tours to games. She initially joined Tate in 1999, as Tate Modern’s Curator of Interpretation, and previously worked as a journalist and editor for national newspapers.